IT in Business - The New Mantra for the CIO

The Role of DCIM in a Lean, Clean and Mean Data C

Technologies Taking Industries to the Next level o

Process Automation from Arrest to Arraignment 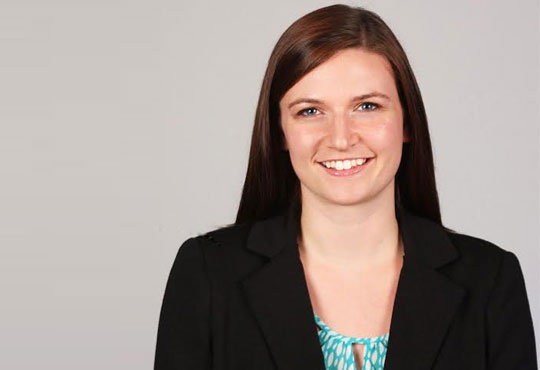 The casual observer might think that the process of law enforcement ends with someone being read the Miranda warning in the back of a patrol car. Yet for legions of court clerks, attorneys, judges and secretaries, that is where law enforcement starts. For those folks, the space between the patrol car and a courthouse is a convoluted maze that, if poorly navigated, can end in the innocent being charged or the guilty going free.

“Automation, while an ongoing effort, is ultimately a rewarding one because there are so many processes that can be made better”

Moreover, the futures of those being charged depend on those agencies and individuals doing their jobs as well as humanly possible. Completing forms, making requests, opening cases—these are among the seemingly simple actions that start a cascade of work processes, review and approval steps, and additional data gathering for many legal functions.

It’s not where one first thinks computers might be brought in to improve things. But throughout all of this work one thing remains constant: the need to access all pertinent information easily, in one place and with minimal duplication of document handling and data entry.

In the early years of ECM process improvement projects focused on adapting discrete transactions, such as allowing people to request court records through an online form instead of coming down to the courthouse. By itself, replacing paper forms with electronic documents can produce significant inefficiencies and many IT directors content themselves with the improvements and stop there.

However, the real power of an ECM system is in the automation capabilities. It’s the ability to simplify and automate the review, approval and action processes behind these simple transactions and the many others required to keep complex operations running smoothly and cost effectively. This bigger impact is only made possible by turning paper records into electronic images and using software instead of staff to move them throughout the offices involved in processing them.

This electronic flow of information allows for taking process redesign to  a deeper level, providing insight into what is done, by whom and the purpose for each task involved. Armed with those insights, staff are now free to apply their institutional knowledge into redesigning and perfecting how internal operations process information.

It was with this vision that the prosecutor’s office in Shiawassee County, undertook a substantial expansion of its records management system, automating up to 70 steps involved in turning police arrest records into formal charging documents that will stand the scrutiny of defense lawyers in court.

The trip from the back of a patrol car to a defendant’s docket can be a very complicated process that must follow the letter of the law or risk wasting a lot of time and taxpayers’  money. Michigan's Shiawassee County Uses Laserfiche RIO system to automate, simplify and dramatically speed up that process while making fewer mistakes and significantly reducing costs.

In Shiawassee County, automation started with one of the biggest and costliest steps in its pre-arraignment process, something called the “prosecutor run”: a trip made twice daily by officers from the 16 local police departments to the prosecutor’s office to drop off the arrest reports and warrant requests.

First, process automation was used to eliminate the prosecutor run. By opening up police department access to the county system, the warrant requests officers were carrying back and forth could be transferred in seconds via computer PDF files and email. It took technicians a few weeks to make those connections using automation technology, but when it was finished, so was the prosecutor run.

Along the way Shiawassee's engineers saw lots work that could be eliminated and automated in the prosecutor’s office to cut hours and days off the time required to turn warrant requests into court appearances. Now, when a warrant request arrives at the county prosecutor’s office, it kicks off what often is a long chain of official actions and authorizations needed to meet all the confidentiality and legal requirements to produce a document that will withstand a judge’s scrutiny.

• When police request a warrant, the supporting documentation is automatically uploaded from police records management systems into an electronic form. The electronic form is then uploaded into the warrant request PDF emailed to the prosecutor’s office.
• If the warrant request involves a juvenile offender, the redactions deemed necessary to ensure confidentiality are now applied automatically.
• If screening staff at the county decide a warrant request is incomplete—which includes about 20 percent of submitted requests—they note the missing items and the request is automatically returned for correction, eliminating yet more prosecutor runs for police departments.
• If a warrant request passes the initial screening for further processing, email alerts of the pending paperwork are sent to those next in line to receive it while the sender is also alerted when the warrant request has been successfully received.
• If problems arise, or supplemental information is needed at any step along the way, staffers note the revisions needed and it is automatically returned or rerouted to both sender and receiver.
• When the warrant clears the prosecutor’s office, it is routed to the state’s arrest warrant records system (ACT) where it is reviewed again and, if deemed complete, assigned a case number and forwarded to the submitting police department.

Shiawassee County is now looking at expanding ECM technology into another time-consuming operation police must still conduct manually: printing out warrants prosecutors have issued and driving them over to the courts to be executed. That too will be automated if the county courts agree to allow electronic signatures to be legally binding, a decision courts in other areas of the country, such as Cowlitz County, WA, have already made.

It may seem that the easiest way to improve a business process is to define the most obvious bottleneck or pain point and fix only that. The idea of revamping an entire process can seem too daunting, too fraught with internal politics, and too demanding of time and resources to be worthwhile.

Key to Shiawassee County’s efforts was the decision early on to take the entire process paperless. Others are now following suit. In fact, even the Supreme Court is embracing electronic records, announcing that it intends to put the majority of its records online this year.

“All filings at the court—petitions and responses to petitions, merits briefs, and all other types of motions and applications—will be available to the legal community and the public without cost on the court’s website,” wrote Chief Justice John G. Roberts Jr. in his annual year-end report.

The next few years can be a vibrant time of transformation for legal agencies as they adopt new technologies and processes to enable easier access to stored information, online search capabilities, and automated archiving and retention management. Automation, while an ongoing effort, is ultimately a rewarding one because there are so many processes that can be made better, and there is no end to what improvements can be accomplished.

IT services
How to save big by automating your field sales reporting?

Intelligent Automation as a Business Enabler

The Standard Work of IT

How Is IoT Emerging as Next Technology Mega Trend to Transform our Future?